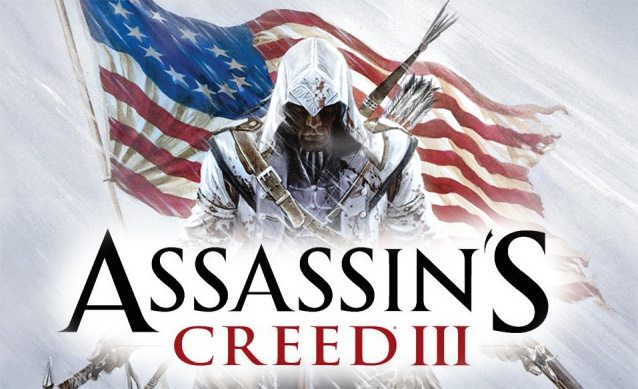 SEQUENCE 1
– A DEADLY PERFORMANCE: fixed a music glitch by making a cinematic not skippable

SEQUENCE 4
– FEATHERS AND TREES : fixed another case where optional objective “Do not touch the ground or water” could fail for no good reason

SEQUENCE 6
– ON JOHNSON’S TRA IL: fixed a bug where sometimes Adams and Revere could be missing, preventing the player from starting the mission

SEQUENCE 7
– LEXINGTON AND CONCORD: fixed a bug where the player could stay stuck on the road while on horseback at a specific spot on the mission’s path

EPILOGUE
– Fixed Animus Synching gameplay that could get stuck

Side Quests
– Boston Brawlers: clearer message after beating all ex-champions, stating that you need to go back to Boston
– Boston Underground: fixed a bug where exploded barrels could come back if you re-entered through the South Commons entrance.
– Boston Underground: fixed a bug where Haytham could never use the North Port entrance
– Liberation Missions: added unfogging of the map when the player gets near a liberation event, to make sure the icon will be revealed in case the player doesn’t complete it and wants to come back later.
– New York Liberation Missions: fixed a few cases where the player could get to the event’s icon but nothing would happen.
– New York Underground, fixed a bug where the player would be teleported at the center of New York if he declined to enter the underground through the South Market entrance.

Homestead
– Added map icons on Homestead buildings as you unlock new settlers
– Made sure Achilles cannot be stoking the fireplace after the homestead story arc is completed
– THE PROPER TOOLS: added map icons on all shops in New York when that mission asks the player to go buy the hammer parts for the blacksmith
– Side-quest “ENCYCLOPEDIA OF THE COMMON MAN”, fixed a bug where the quest would still not be completed if the problem was already encountered prior to the last patch. Buggy savegames are now fixed on load.

Naval Locations
– OAK ISLAND: fixed a bug where the mission could not continue if the player reloads after completing some parts of the puzzle

Frontier
– Added auto-whistle for a horse when entering Frontier from Boston, New York or Homestead
– Fixed NPC committing suicide when the player approaches

Menus
– Fixed a bug where it was impossible to hide the on-screen money counter and “hold to skip” message. Money is now linked to the “mini-map” HUD visibility option, and the skip cinematic message to the “controls” option.
– Fixed a bug where the “Fast Travel Points Unlocked” stat could not reach 100%
– Fixed a possible crash after all pivots have been synched
– Fixed bad date formatting in Notification Center
– Fixed various typos and bad translations
– Made sure Boston Brawlers and Hunting Society icons are displayed over the fog once the player gets approached to join the club
– Map icon filters: added a bunch of side-quest start icons on the missions layer, added viewpoints to the collectibles layer, and made sure all fast travel destinations are visible on all layers.
– Opening the weapon, naval weapon and assassin recruits menus is now faster

Abilities
– Players are no longer stuck after they got hit by knives while climbing cranes.
– The Unstoppable Perk now correctly opens recently closed Chase Breakers in the Animus Core map.
– Closure now seals and opens Chase Breakers for the player who used the ability as intended.

Scoring
– Abstergo points now update correctly after you finished a game in the progression menu.

Locking
– Locked targets don’t become unavailable under certain conditions anymore.
– Players will now see the notorious lock indicator when their pursuers kill NPCs, regardless of their approach meter.
– In a chase, target players will now be able to lock their pursuer by default prior to any other character.

Misc
– It is now possible for players to reopen Chase Breakers right after their team mates went through them in the Animus Core map.
– The time during which you’re vulnerable after a stun from ground to a haystack doesn’t vary from one mode to another anymore.
– Players can no longer get killed by another player from any distance after performing a haystack kill.
– Players no longer get stuck in the position the character adopts on narrow ledges when they kill with the Fast Gun.
– Players will no longer see their pursuers as notorious when their pursuers are killed with the silent bonus or better.
– Characters appearance and Gamertags can no longer be accidentally reverted on Wolfpack podium staging.